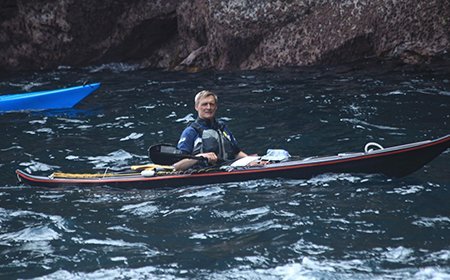 Murty Campbell served on the Stornoway lifeboat for thirty years and has been kayaking the Outer Hebrides for over twenty years.

Murty was born on the Island of Lewis and first took up kayaking in 1986 with Stornoway Canoe Club. He progressed quickly and within a year had done his first open crossing to the Flannan Isles with more to follow. He’s one of the few people to have paddled the sixty seven kilometre crossing from the Butt of Lewis to Sula Sgeir, then on to North Rona and back again. 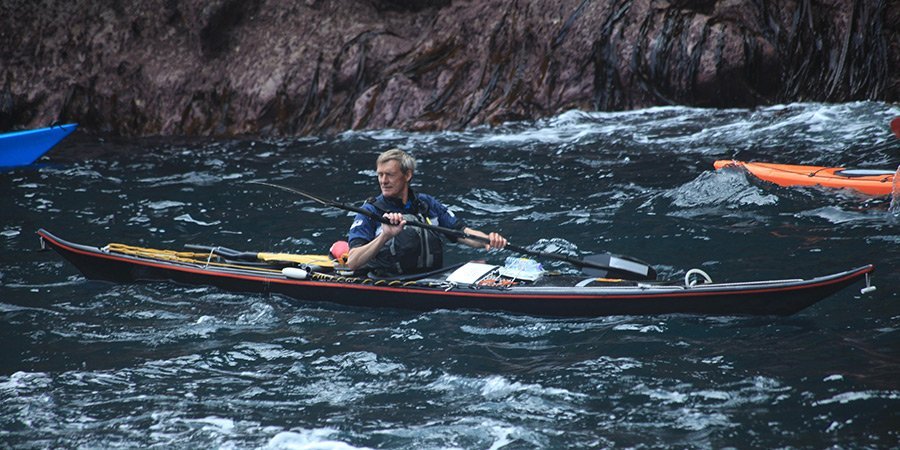 Murty’s been paddling the Outer Hebrides for over twenty years and guided numerous trips to St Kilda. He has served on the Stornoway lifeboat for thirty years, the last twelve as coxswain. These islands at the edge of the world have over two thousand kilometres of coastline, and with their many sea lochs, inlets and hidden places, he says he’s still exploring!